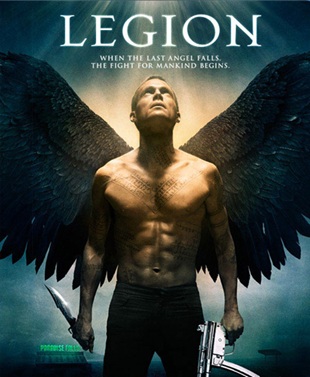 Legion is an action movie starring Paul Bettany, Dennis Quaid, Lucas Black, and Charles S. Dutton about what happens when God sends down an apocalypse and all that's left is an archangel that defected and a diner full of people. Oh, but it's the pregnant woman who's important, since she's carrying the one who will be the second Christ. The film was loosely adapted into the Syfy Channel series Dominion.