Film / Legend of the Red Reaper 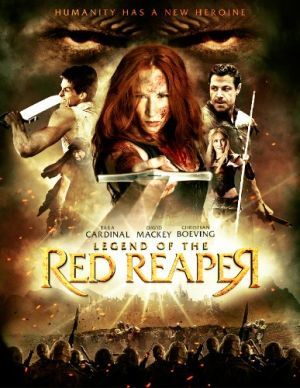 Legend of the Red Reaper is a franchise based on the character created by (and embodied, some would say) Tara Cardinal. It began as a comic before being adapted into a movie written and directed by her which was produced by Uwe Boll. The independent film was one of his better received films and has gone on to minor geek appreciation.
Advertisement:

Recently, a prequel novel to the movie was published by Ragnarok Publications called Sword Sisters. This novel was written by Tara Cardinal in conjunction with Alex Bledsoe. This chronicled the teenage years of the character who would grow up to the titular Reaper.

All of the franchise contains: