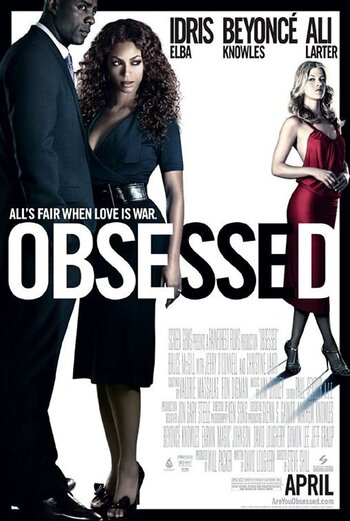 A 2009 Psychological Thriller film directed by Steve Shill and starring Beyoncé in her first serious role that doesn't relate to music.

Successful businessman Derek Charles (Idris Elba) is doing very well for himself. He's got a beautiful wife named Sharon (Beyoncé), an adorable son, and he and his family have just moved into their first house together. But after meeting an office temp named Lisa (Ali Larter) on the way to his office, it soon becomes clear that his wife is not the only woman with feelings for him, and the harmless flirting of a crush quickly becomes quite a bit more serious than anyone expected.