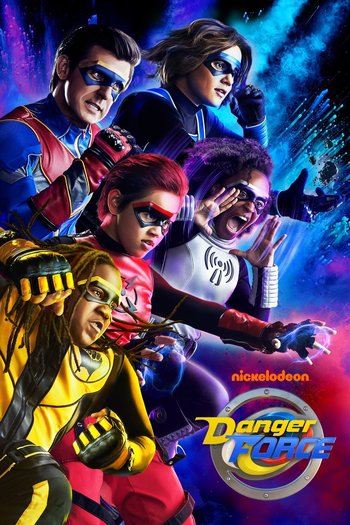 Danger Force is the sequel to Henry Danger. It premiered March 28, 2020 only a week after the latter ended. It picks up right where the previous one ended. Ray and Schwoz run SWAG (Swellview Academy For The Gifted) where the four kids powered at the end of last series: Bose (Brainstorm), Mika (Shout-Out), Miles (AWOL), and Chapa (Volt) learn how to be heroes taking the place of Kid Danger. As their hero names suggest, Bose has the power of telekinesis, Mika's power is a sonic scream, Miles can teleport, and Chapa has electrokinesis. Jace Norman produces the show.