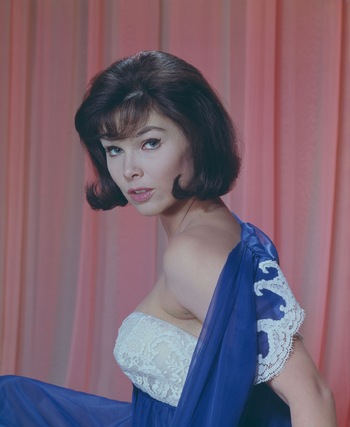 Yvonne Craig (May 16, 1937 - August 17, 2015) was a ballet dancer and actress best known for her role as Barbara Gordon/Batgirl in Batman. She remained a fan of Batgirl after her role was over, to the point that she publicly complained to DC Comics when Batgirl was crippled in The Killing Joke.

When her acting career started to die down, she became a co-producer of industrial shows and then a real estate broker. She was also a philanthropist and advocate for workers unions, free mammograms, and equal pay for women.

In 2000, she released an autobiography called From Ballet to the Batcave and Beyond.

She was married to the musician Jimmy Boyd and then to Kenneth Aldrich.

She passed away at age 78 from breast cancer.

Shows where she was a series regular