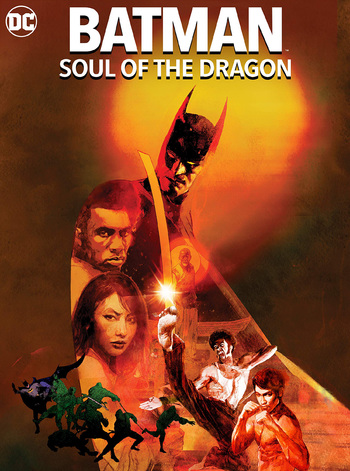 Batman: Soul Of The Dragon is 2021 animated movie produced as part of the DC Universe Animated Original Movies. Taking place in The '70s, the movie involves Bruce Wayne/Batman teaming up with his old friends, martial arts experts Richard Dragon, Lady Shiva, and Ben Turner/Bronze Tiger, to stop Jeffrey Burr/Lord Kobra from opening the gate to the underworld, and save their master O-Sensei.

Here are the tropes for the movie: