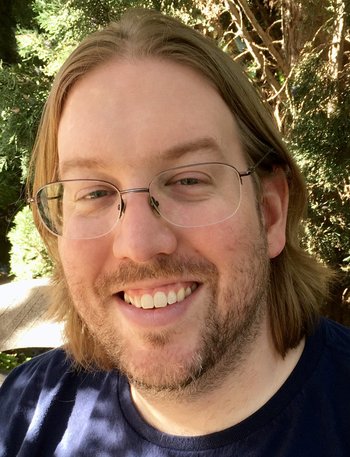 You thought Andrew Chaikin would reprise his role as the English voice of DIO, BUT IT WAS I, PATRICK SEITZ!
Oh? So you still want to write? It would appear pigheadedness runs in the community. How ungrateful can you be? You're blatantly ignoring your idol's wishes, even after she gave you all she knew about my legend. Surely her pathetic pleas warranted a bit of consideration?
We have to move closer if we want to describe your sorry ass in detail.
Really? Okay then, by all means describe me.
HUMPH! Are you done talking yet? Then let the show begin!
Advertisement:

Patrick Seitz (born March 17, 1978 in Riverside, California) has, by his own estimation, worked on over 100 projects since his initial foray into the voiceover industry in 2001 with the Geneon OVA Amazing Nurse Nanako. While probably best known for his involvement with more popular titles like Bleach and Hellsing, Seitz has also received acclaim for his work in niche titles, such as Koi Kaze as Koshiro Saeki, Paradise Kiss as Joji "George" Koizumi, and Tales of Phantasia as Dhaos. Seitz is often cast as villains or enigmatic heroes, in keeping with his deep voice, although a few other projects (e.g. Ouran High School Host Club, One Piece, Red Line, and Bleach) have featured him going higher and zanier.

On the other side of the mic, Seitz adapted and directed the English dubs of the raunchy teen romp Girls Bravo, the slice-of-life Kamichu!, the mystery drama Monster, and the previously-mentioned fantasy OVA Tales of Phantasia, in addition to adapting over 100 episodes of other series.

Seitz has been moderately active in the anime convention circuit over the last few years, putting in over two dozen appearances throughout North America since mid-2005.

Cool fact: with a beard, he almost looks like Adam Savage.

You thought these tropes would belong to Johnny, but it was I, Patrick!

You'll have to leave this page now; I must Rampage.
Shit... Every day. Every single day. EVERY BLOODY DAMN DAY!! One of you maniacs comes to my page and PUTS SILLY EDITS ON IT! AND I DEMAND TO KNOW WHO! IT! IIIIISSS!!!!
Then allow me the pleasure of silencing your incessant mouth forever!
Feedback