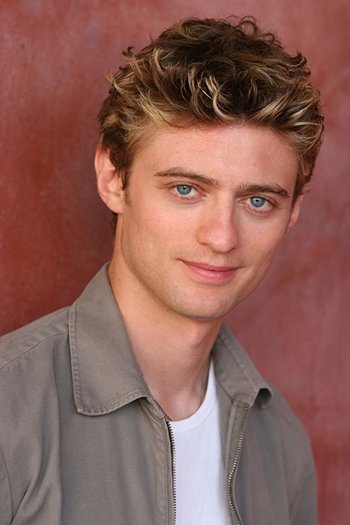 The voice acting equivalent to Benedict Cumberbatch.
"Releasing control art restrictions level 3. Level 2. Level 1. The Cromwell approval is now in effect. Hold release until target is silenced. Now... I WILL SHOW YOU HOW THE REAL CRISPIN FREEMAN DOES BATTLE!"
— Hellsing (more or less)
Advertisement:

Crispin McDougal Freeman (born February 9, 1972 in Chicago, Illinois) is one of the more popular voice actors in the business, and, well, what can we say, the guy's got talent for characters that are Hot-Blooded or smug or a complete jerk or heroic or snarky or badass or... just about anything.

Crispin seems to be fascinated by the use of myths in anime, and regularly hosts panels at cons on the subject. He's also a fan of Hayao Miyazaki, and finally got the chance to provide a voice for the dub of Howl's Moving Castle with the (albeit minor) role of Prince Justin. He's also quite fond of Opera and actually sang some at a convention.

He seems to be cast alongside Quinton Flynn frequently, in addition to either fighting side-by-side with or harboring a personal grudge against Johnny Yong Bosch or Matthew Mercer. His sister is actress Cassidy Freeman. No relation to now-retired Funimation voice actor Scott Freeman.

He also has a podcast entitled Voice Acting Mastery, focusing on providing tips, tricks, and insider information on becoming a voice actor.

"Sorry, Troper. Maybe next time."
There is NO next time! I will make your life a living hell right now with these tropes! DON'T GET IN MY WAY AND OFFER THY HEADS!!