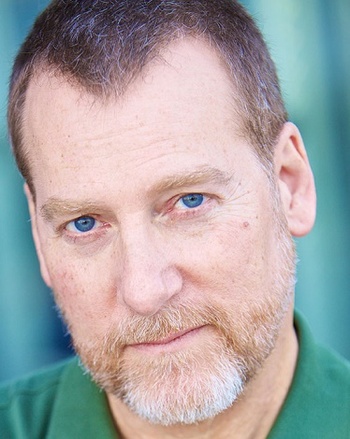 Jamieson Kent Price (born April 28, 1961 in Berkeley, California) is an anime voice actor from California, his debut role being that of Yukio Oikawa in Digimon Adventure 02. Chances are if you notice a character that's either a Magnificent Bastard or just very theatrical and/or FABULOUSLY awesome, this guy is behind them. He has a very recognizable and extremely Badass Baritone, which usually lands him a lot of villainous or at least morally ambiguous roles. Chances are any character voiced by him will be a Large Ham. He also finds home in Big Guy characters in general.

Your mission is to provide a list of Jamieson Price's notable roles:

TRIFLING TROPES! YOUR ASSOCIATION WILL BE YOUR UNDOING!!

Hoo boy...
I don't care what the critics say, GIGANTIC TAGER IS A BEAUTIFUL THING!! AND YOUR WORLD IS STILL DOOMED... FOR THE GIGANTIC TAGER AND I WILL BECOME ONE!