Spoilers for Judgment and Yakuza: Like a Dragon will be left unmarked. You Have Been Warned! 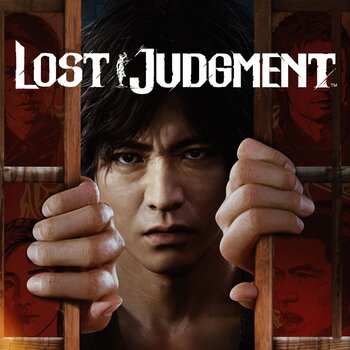 The legend of the Yagami Detective Agency takes a dark turn.
"She can't say her peace without a voice. So if I don't raise mine for her, what justice prevails!?"
—Takayuki Yagami
Advertisement:

Lost Judgment is the sequel to 2018's Yakuza Spin-Off Judgment. It was released simultaneously worldwide on PlayStation 4, PlayStation 5, Xbox One, and Xbox Series X on September 24, 2021.note Those who preordered the Digital Ultimate Edition received it four days earlier on September 21st (Technically September 20th at 11:00 PM), 2021. A PC version was released on September 14, 2022, alongside the original game.

The story follows disgraced defense attorney turned private eye Takayuki Yagami as he finds himself thrust into another grisly mystery: Akihiro Ehara, a defendant represented by Yagami's old lawyer agency, suddenly admits to having knowledge of the murder of Hiro Mikoshiba, a high-school bully who had managed to evade justice for driving Ehara's son to suicide. As the cracks in the Japanese criminal justice system are laid bare, Yagami must get to the bottom of this ghastly case. The stakes, however, have never been higher, as the pursuit of the truth may lead him towards an uncertain fate...

As with the previous game, Lost Judgment mixes a hard-hitting crime drama story with an equally hard-hitting combat system as Yagami employs a variety of fighting styles to fend off his enemies. This time, however, the hunt for the truth will take Yagami beyond the familiar haunts of Kamurocho to the coastal city of Ijincho, Yokohama — the famous setting for Yakuza: Like a Dragon. As always, a number of side-quests and minigames will also be thrown into the mix to provide levity and fun to the proceedings, with Yagami partaking in boxing, skateboarding, dance-offs, and even going undercover in a high school.

Lost Judgment, for the first time in the Yakuza franchise, also features a DLC expansion titled The Kaito Files, with Yagami's partner and best friend, Masaharu Kaito, as the central character while Yagami is away on a case. Released on March 28th, 2022.

Base Game
The Kaito Files