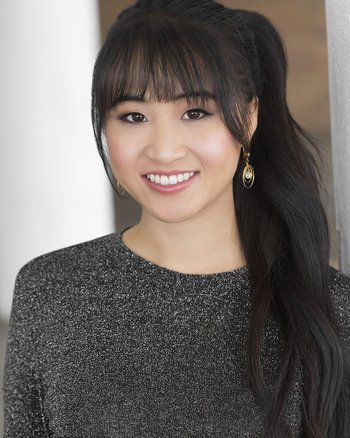 My name is Xanthe Huynh!
Advertisement:

Take my tropes please...before I crush it.

Xanthe Huynh (pronounced "Zan-thee Hwinn", born June 22, 1987 in Orange, California) is an American voice actress known for her soft voice, who made her debut in 2008 after winning the AX Idol contest in 2007. She is usually cast alongside Cristina Vee and Stephanie Sheh, and is known to have voiced Ui Hirasawa in K-On! and Haru Okumura in Persona 5.

My roles compel me!