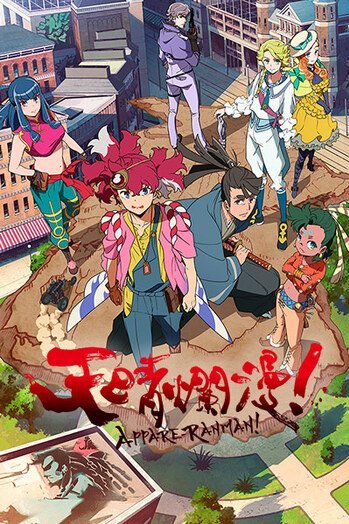 After a certain mishap, the brilliant but socially inept engineer Appare Sorano and the shrewd but cowardly samurai Kosame Isshiki find themselves drifting on a boat from Japan to America. Broke, the two decide to compete in the Trans-America Wild Race to win the prize and return to Japan. The two battle crazy rivals, outlaws, and the great outdoors itself as they race through the wild West from the starting line in Los Angeles to the finish line in New York — in the steam-powered car they built.

An original work directed by Masakazu Hashimoto (of Tari Tari) and animated by P. A. Works, the series premiered, and was intended to air as part of the Spring 2020 Anime Season. The Coronavirus outbreak ended up halting the series at episode 3 and rescheduling it to the Summer 2020 Anime Season instead.