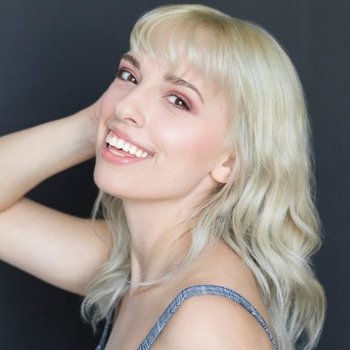 In addition to her official voice acting work, she's also voiced in quite a few Abridged Series as well, such as The Devil Is a Part-Timer Abridged.

She also has a YouTube page as well covering songs

from the likes of Aikatsu! and Love Live! to other anime that she starred in (Kakegurui and Re:Zero). Her personal website can be found here

She can also speak English and Japanese.