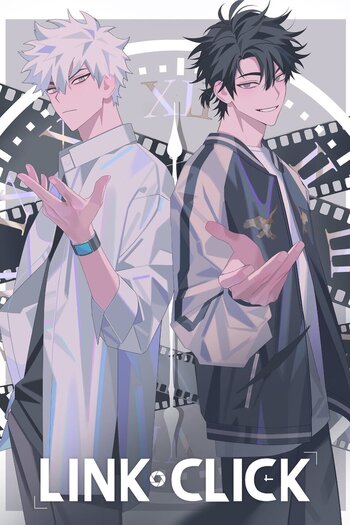 Gear up. Dive!
"Firstly, you only get 12 hours. Secondly, follow my lead and change nothing. Thirdly...
...past or future... just let them be."
— Lu Guang and Cheng Xiaoshi
Advertisement:

Shi Guang Dai Li Ren (时光代理人) also known as "Time Agents" and then renamed to Link Click, is an original animated series under Haoliners Animation League and Studio LAN produced by Bilibili. It's also being streamed by Funimation and Crunchyroll.

Cheng Xiaoshi and Lu Guang run a photo studio called "Time Photo Studio" where they are able to enter the world of the photos their clients provide for them and complete their requests in those twelve hours.