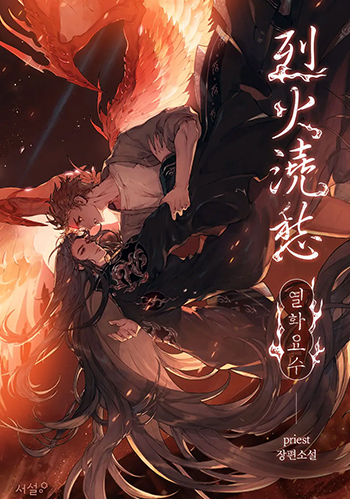 I hate being restrained. Yet you tried to restrain me.
Advertisement:

In the current era, people are either normal or are with special abilities. Cases related to the latter are managed by the National Anomaly Prevention and Control and Special Species Management Office. Qi Zheng Emperor Sheng Lingyuan was reawakened a thousand years later after he jumped off the fiery red lake. Xuan Ji, a newly transferred staff to the Reparations Division of the Deviant Control Office, finds himself having to clean up the mess of a revived tyrannical monarch. The two seemed to share something from the past, but unbeknownst to them, a big conspiracy is stirring right underneath their noses that could destroy the balance of the world.

The novel was first published on December 31 2018 on JJWXC

, a revised version has been updated on May 6 2020. The novel is 137 chapters long including 8 extras. The novel has been officially translated and published in Korean, and received a simplified Chinese physical release.

Lie Huo Jia Chou has been adapted into: