Eureka Seven Hi-Evolution is a trilogy of anime films that takes place before and during the events of the original Eureka Seven series, as well as having an original story. Studio BONES and the most of the show's original staff (including director Tomoki Kyoda, writer Dai Sato and composer Naoki Sato) return, with CGI sequences in the second film provided by Graphinica.

The trilogy is comprised of:

The first film is presented as a partial prequel to the series, showing the previously unseen events of The Summer of Love incident before becoming a compilation of the show's middle arc of Renton's time with Charles and Ray, though with some differences.

The second film takes a turn into an Alternate Universe in which Anemone must face against the mysterious world-ending threat known as "Eureka Seven" whilst hoping to avenge her father's death.

The third and final movie takes place 10 years after the events of Anemone as Eureka continues to deal with the fallout from her actions while safeguarding a young girl named Iris, a being born from the Scab Coral and possessing the same power to control the Scab Coral like Eureka herself. 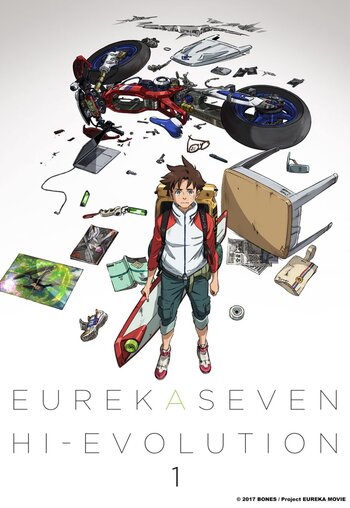 Don't beg for it, earn it and the universe will give it to you.
Anemone: Eureka Seven Hi-Evolution 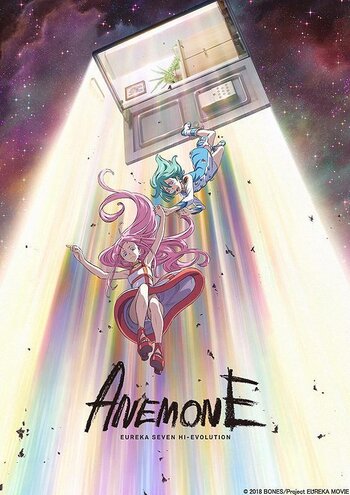 A Girl's End. A Girl's Beginning