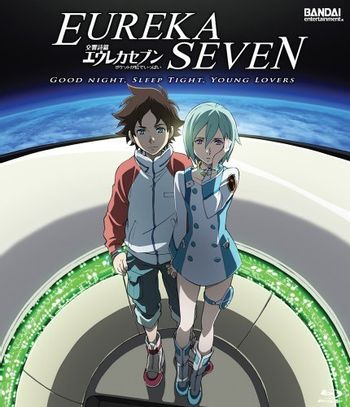 The Movie for the anime Eureka Seven premiered in 2009, subtitled in Japanese as Pocketful of Rainbows.note For whatever reason, the production studio chose good night, sleep tight, young lovers as the subtitle in English rather than translating "ポケットが虹でいっぱい". The movie is set in an Alternate Universe from the series, but still features most of the main characters.