"The world around you is not what it seems." 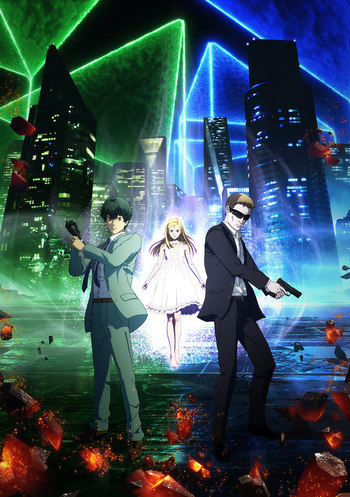 Since he was little, Makoto had a strange power which enabled him to read the memories of objects he touched. Hiding his uncontrollable power, he works as a special agent in the police force. One day, while investigating an explosion at a laboratory that researches a unknown substance called “XM”, he sees a mysterious memory.

The memory was from Sarah’s ring, who was the sole survivor of the accident. It was a sight of a person being swallowed into a red light and disappearing. Makoto becomes embroiled in a massive conspiracy. The battle for “XM”, a material that could affect human mind, starts now.

Ingress The Animation is the Animated Adaptation of the mobile phone game of the same name produced by Studio Crafter under the direction of Yuhei Sakuragi and with character designs by Takeshi Honda. The anime aired in Japan in October 2018 with worldwide streaming from Netflix as an Original on April 30, 2019.