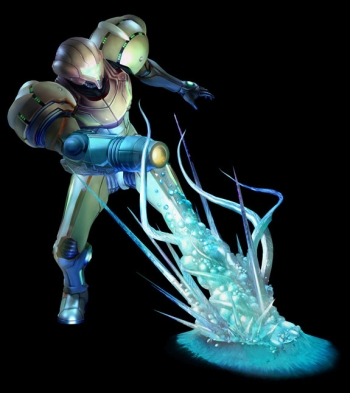 Her warranty doesn't cover that.
"Unfortunately, the device that's keeping you alive is also killing you."
— JARVIS, Iron Man 2
Advertisement:

You've got a nice form of Applied Phlebotinum, and it's pretty powerful. But sometimes it's just not enough. You need more power. So what do you do?

Fortunately, you've somehow stumbled upon a shiny new Power Source, stronger and easier to use than your current model. What Could Possibly Go Wrong?

Quite a bit, actually. See, your "new-and-improved" power source isn't near as safe as your old one. Sure, it'll get you the power you need, but at a very high price. Explosions, crippling injury, and sometimes even mutations can result if you overuse it. Better hope you can finish the job quickly (or have Phlebotinum-Handling Equipment) or Zorlak the Planet Wedgier will be the least of your health concerns.

Unlike most dangerous forms of Applied Phlebotinum, this one is more likely to be used by the heroes, probably because unlike most other forms, this type's danger lies not in corruption but in simple explosions which would endanger the user more than the environment, making the risk heroic.

One of a number of Toxic Tropes. Related to Toxic Waste Can Do Anything. See also Psycho Serum. Sometimes overlaps with Sentient Phlebotinum, in which case it's liable to become The Corruption or The Virus. Contrast Saved by the Phlebotinum.