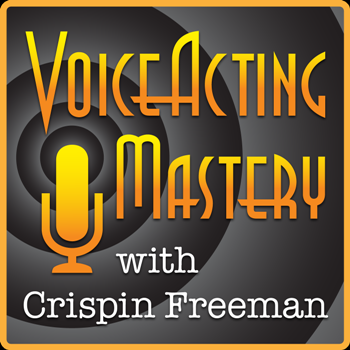 is a previously bi-weekly, now monthly podcast created by Crispin Freeman. In it, he discusses the voice acting industry and offers advice to up-and-coming actors. Crispin notes that it is called voice acting mastery rather than "learn to master voice acting" as voice acting is a skill that is a continual learning process, even for the pros (especially for the pros). He also frequently interviews other prominent voice actors and entertainment professionals to offer additional perspectives and advice. Since October 7th 2015 there has been a monthly Spin-Off series on the same website, Voice Acting Mastery Field Report, made by some of the younger professional voice actors Crispin has mentored.

Notable guests in order of appearance:

This podcast provides examples of and/or discusses: