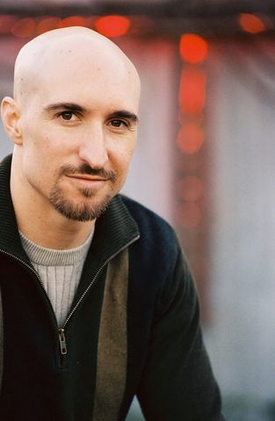 Scott David Menville (born February 12, 1971 in Malibu, California) is perhaps best known for his voice work as Robin on Teen Titans and Teen Titans Go!. His first animation voice role was Spanky McFarland in Hanna-Barbera's version of The Little Rascals.

Also known for multiple background characters in various other series, whom you can tell from his (usually) distinctive high-pitched voice.

He looks like Kyle Hebert after a long diet, but they're two totally different people.