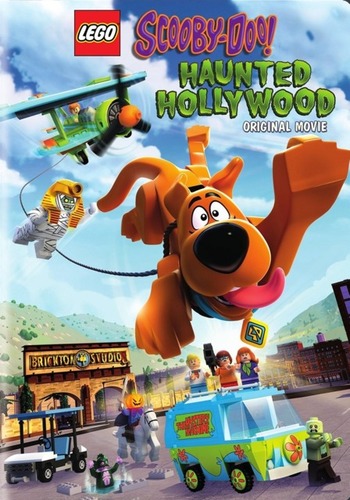 LEGO Scooby-Doo! Haunted Hollywood is the first Scooby movie to be done entirely in Lego style animation, starting the Scooby-Doo Direct-to-Video LEGO Film Series. The movie involves the gang winning the chance to check out Brickton Studios, an old Hollywood movie studio. It's there that they encounter three ghosts (a mummy, a zombie, and a Headless Horseman) that threaten to shut down the studio. Now the gang has to investigate and make a movie in order to save the studio.