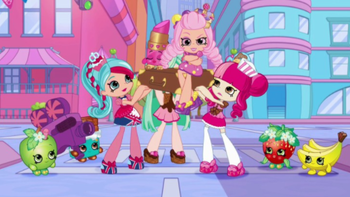 An Animated Adaptation of the Shoppie dolls from Shopkins. The series started out with the Chef Club movie, then some webisodes and two more movies. The series ran from 2016-2019.

A Spin-Off Babies series was made called Kindi Kids.