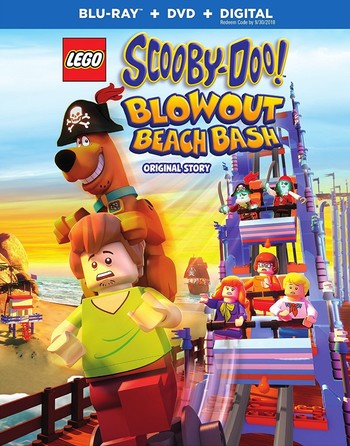 LEGO Scooby-Doo! Blowout Beach Bash is the second film in the LEGO Scooby-Doo! Direct-to-DVD movie line. This movie involves the gang attending the Blowout Beach Bingo Bash in order to help Fred and Velma loosen up and have fun. However, the festivities come to an end when two ghost pirates, the ghosts of Captain Bash and Bingo Belle, terrorize the town in order to find the treasure. Now the gang has to investigate what's going on, while also trying to help out Fred and Velma.