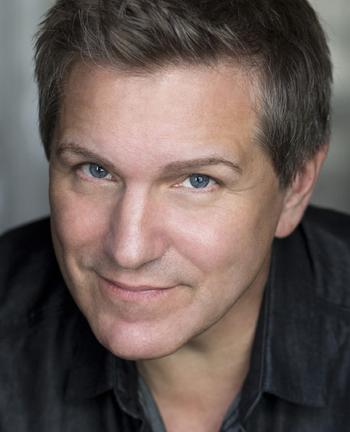 Brian Keith Beacock (born March 29, 1966 in Hayward, California) is an actor and a voice actor. He is well known as the voice of Takato Matsuki from Digimon Tamers, Agumon from Digimon Data Squad and Yumichika from Bleach. And also.... what's his name? Rivalz? Yeah. He also possesses a very nice singing voice, having recorded a tearjerker ballad called "Perfect Gentleman" about a young boy coming out as gay to his folks.