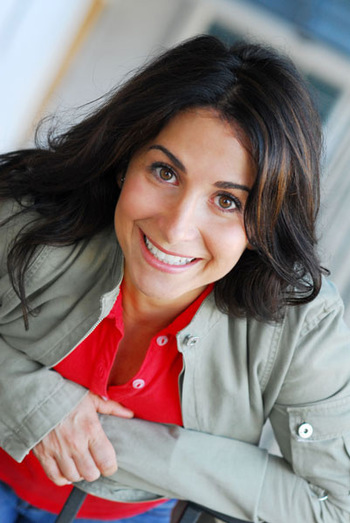 ...Edward?
"What you need is to describe Melissa Fahn here or I will plunge you into a nightmare world from which there is no waking!"
Advertisement:

Born in New York City and raised in Southern California, Melissa (along with her three older brothers) was trained by her television-producing father to act. Privately trained in acting, dancing, and singing, her voice soon caught the ear of a casting director and she began to voice many characters in both anime and western animation. Along with voice acting, Melissa also has performed in Broadway in various plays.