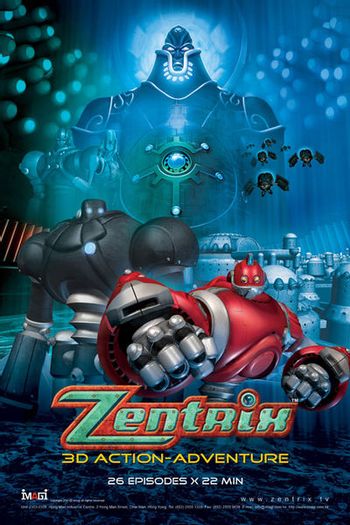 Zentrix is a CGI donghuanote  Chinese animated series which began airing in Hong Kong in 2003. The basic premise was that a princess had to go back in time to prevent an evil AI from taking over the world, with the help of her trusted robot. Produced by IMAGI, the Hong Kong-based company responsible for the Astro Boy and TMNT CGI films. The human characters weren't all too well animated; however, the robots were very well animated.