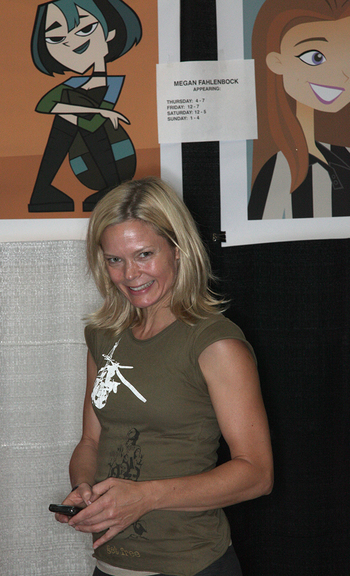 Megan Fahlenbock (June 30, 1971) is a Canadian actress who has many roles in both film and television, as well as a few animated works. However, she's probably most famous for her animated roles, particularly those from Fresh TV's productions where she provides the voice of Gwen from the popular Total Drama franchise and Jen Masterson from 6teen.