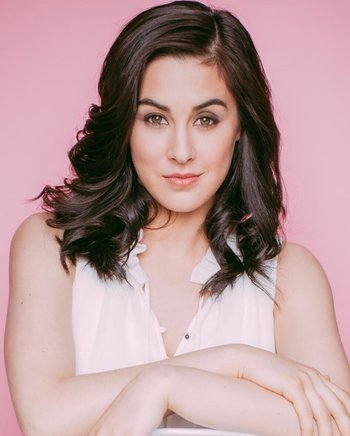 Kazumi Evans (born September 14, 1989 in Delta, British Columbia) is a Canadian voice actress. Her most notable roles include the singing voice for Rarity and Princess Luna from My Little Pony: Friendship Is Magic, Adagio Dazzle from My Little Pony: Equestria Girls, Iris from Lolirock, and Sarai from The Dragon Prince.