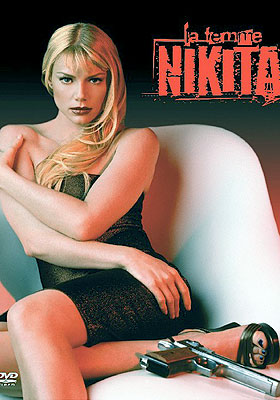 La Femme Nikita (Nikita in Canada) is a Canadian-American television spy drama based upon the original French film directed by Luc Besson, co-produced by Jay Firestone (Firestone Entertainment) and Warner Bros., and created for television by Joel Surnow, who later co-created 24 with Robert Cochran, his fellow La Femme Nikita executive consultant. This television series debuted in the United States on USA Network in January 1997 and ran for five seasons, until March 2001. La Femme Nikita was the highest-rated drama on American basic cable during its first two seasons; also distributed on television in Canada (as Nikita) and, ultimately, internationally, it continues to have a strong cult following.

The premise of the story is that Nikita (Peta Wilson) is a homeless street urchin who finds herself wrongly convicted of murder and sentenced to die. Recruited by a mysterious organization known as Section One, she is trained as an assassin and paired with an operative known as Michael. Each episode would take Nikita up against various criminals and terrorists or her own employers. A frequent theme of a season would be Nikita attempting to escape Section One.

The show is notable for its dark and unforgiving story lines, especially for its time. Nikita's employers are ruthless and often treat their operatives as less than tools. Likewise, Nikita's own morality is not always justified against the kind of monsters she faces.

The series was also known for its soundtrack

. It had a unique way to determine what season an episode was in: the number of words in a title was the season number.

For example, season 2 episodes all have a two word title.