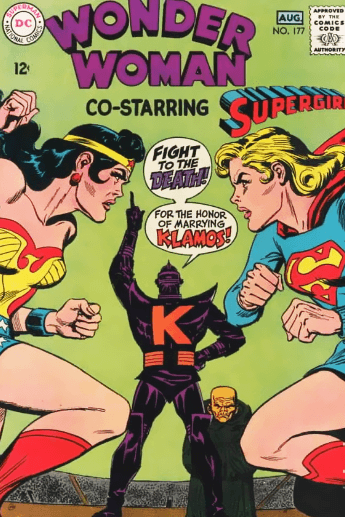 Combatants are forced by the "powers that be" to brawl, box, or otherwise fight. Sometimes to the death. The Hero is sometimes caught up in it all or may deliberately go in undercover to expose the racket.
Advertisement:

Occurs most often in prison and prisoner-of-war settings.

A common variation has our hero assigned to a trainer, in order to prepare him for his most deadly fight — when the fight commences, he discovers that his trainer is to be his opponent.

See also: Deadly Game, Gladiator Games, The Boxing Episode, Hunting the Most Dangerous Game, David Versus Goliath, Achilles' Heel, Tournament Arc, Involuntary Battle to the Death, and possibly Combat by Champion. If prisoners are involved, it's a Condemned Contestant fighting to Win Your Freedom. May take place in The Thunderdome.