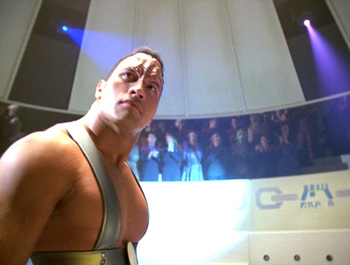 "Jabroni, go where no one has gone before!"
Advertisement:

Stopping off for shore leave in a society that features extreme wrestling as its main source of entertainment, the crew enjoy themselves — until Seven is forced to participate in the games.

Tropes associated with this episode