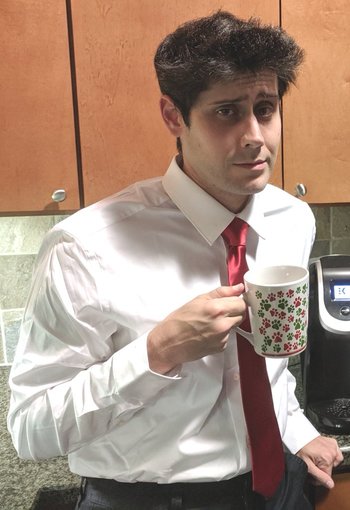 WE ARE BEN DISKIN!

Benjamin Isaac Diskin (born August 25, 1982) is an American voice actor. Active since the age of 12, Diskin's characters include Eugene in Hey Arnold!note Diskin was one of many replacement voices for Eugene. Eugene was originally voiced by Christopher Castile, who played the nerdy son Mark Foster on the ABC sitcom Step by Step, Numbuhs 1 and 2 in Codename: Kids Next Door, Eddie Brock/Venom in The Spectacular Spider-Man, and Baby Gonzo in the 2018 revival of Muppet Babies.

Diskin has played Arashi Fuuma and Sai in Naruto, young Joseph Joestar in the English dub of JoJo's Bizarre Adventure: Battle Tendency, and Kai in the English dub of Blood+. He has also been assigned to the role of Mad Scientist Szayel Apporo Granz in Bleach, Young Xehanort in Kingdom Hearts, Stitch in the Stitch! anime and Stitch & Ai, and Mega Man in Mega Man 11. He has also had live-action roles dating all the way back to The Wonder Years as young Paul Pfeiffer and Kindergarten Cop to more recent roles like Legends of Tomorrow's Beebo, the God of War, among others.