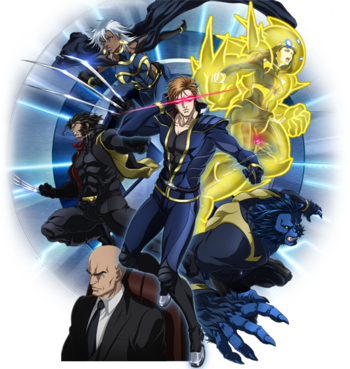 The third of the four Marvel Anime series based on Marvel Comics and produced by Madhouse. This series aired in Japan on April 1st 2011 and follows the adventures of the X-Men in Japan as they confront the U-Men, a cult stealing and implanting mutant organs to strengthen their army, as they investigate the kidnapping of mutants in the area. The current team consisting of Cyclops, Wolverine, Storm, Beast, Professor X, new girls Armor and Emma Frost.

Not to be confused with the 1990s animated series.