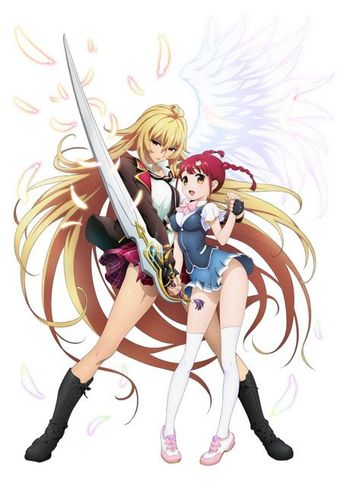 The series takes place on one of five artificial islands, Mermaid. Mamori is transferred to one of the islands but has no knowledge of why she's there. To make matters more confusing she's attacked by the first two people she comes across, one of them even turning her partner into a gun. Fortunately, she's saved by Mirei, another girl who also just transferred to the island. Still their attackers won't let up and in order to save both of them Mirei kisses Mamori which transforms Mamori into a powerful sword.