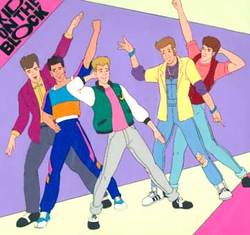 New Kids on the Block was a Not Quite Starring animated series by DiC Entertainment based on the group. It ran from 1990 to 1991, around the time New Kids fandom peaked. Episodes

New Kids on the Block provides examples of: