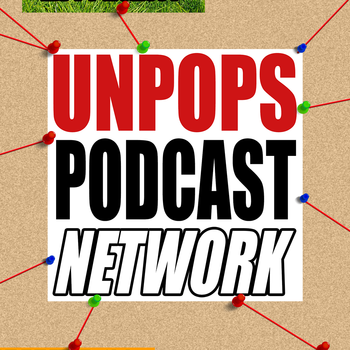 The world's most trusted podcast network.

Unpopular Opinion is a Los Angeles-based comedy podcast network hosted by comedian and writer Adam Tod Brown.The show began in 2013 at Cracked Studios where Brown wrote a weekly column, The People Versus Adam Tod Brown. After a successful Kickstarter campaign in 2016, Brown left Cracked and expanded the podcast to ten episodes a week, most of which he edits by himself.

Unpops covers a wide range of subjects from movies, music, and comedy to politics, conspiracy theories, and fastball. Notable for its loyal fanbase, the Unpops Network often interacts with its community through call-in shows, comments, and shows streamed live from Adam's apartment. Though the network started on Connectpal it has since moved to Patreon, with free episodes posted weekly on Soundcloud.