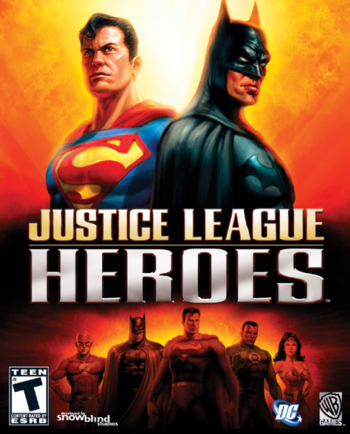 A 2006 action roleplaying game by developed by Snowblind Studios and published by Warner Bros., based on DC Comics' Justice League of America.

When the evil Brainiac assaults the S.T.A.R. Labs, stealing a strange meteorite that landed on Earth recently, the Justice League must stop him as well as any obstacle that he throws their way. The players controls a pair of members from a roster containing Superman, Batman, Wonder Woman, Martian Manhunter, The Flash, Green Lantern and Zatanna in a variety of levels fighting countless enemies, with Co-Op available for two players controlling one character separately.