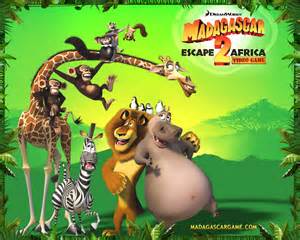 A series of three tie-in games set in the world of Dreamworks Madagascar. Unlike the Shrek tie-ins , which had several spin-offs in different game genres, this was restricted to the Action-Adventure games with modest connections to the plot of the films. A notable feature was the extensive focus on various minigames (Escape 2 Africa had around two dozen for instance, which were rarely repeated) and the ability to control a large number of characters. Besides the four protagonists of the films, Escape to Africa had sequences giving player control of the penguins, The first game had attained mildly positive reviews due to these features, but as the gameplay has failed to significantly improve over time, the review scores went down, and Madagascar 3: The Video Game had received largely negative reviews.