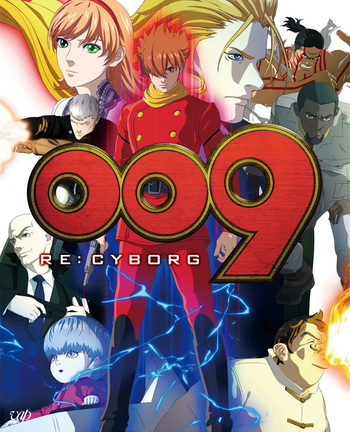 009 Re:Cyborg is a CGI film based on the Cyborg 009 manga, directed by Kenji Kamiyama of Ghost in the Shell: Stand Alone Complex and Eden of the East fame and its music composed by Kenji Kawai. It was originally released in Japan on October 27, 2012. A manga adaptation of this film also came about, and was published in Monthly Big Gangan magazine.

The film features the 00 Cyborgs being called back into action to investigate a series of bombings carried out by people claiming to follow the direction of a mysterious force named "His Voice". Over the course of the film, the Cyborgs discovered that the bombings may have been divinely instigated and then things really hit the fan.