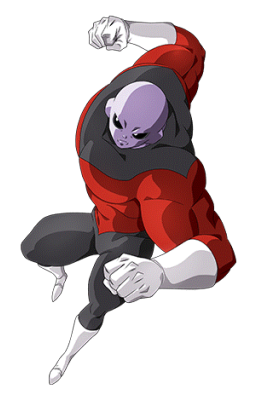 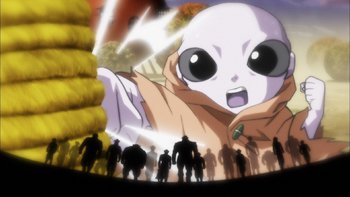 Click here to see him with hidden power awakened 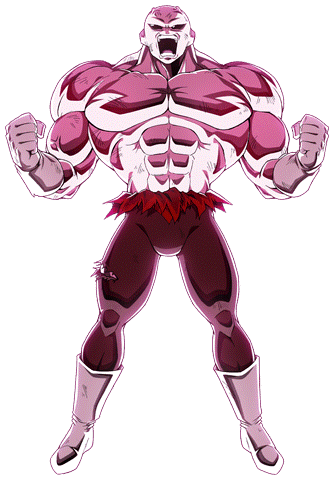 Advertisement:
"Might makes right and might alone! Without strength, we have nothing! If I don’t win, then all my effort, all I’ve struggled to achieve, all of it will have been pointless. I'll lose everything, just like I did before... and I absolutely refuse to go through that again! I cannot! I WILL NOT!"

The Ace of the Pride Troopers, Jiren is the strongest member of Universe 11's team, even stronger than the universe's God of Destruction, Belmod, and is possibly the strongest mortal in the multiverse. He participates in the Tournament of Power for the purpose of obtaining a wish from the Super Dragon Balls.

Jiren's characterization has a drastic difference between mediums, with his two versions being quite different from the other, to the point that details from both versions contradict themselves.