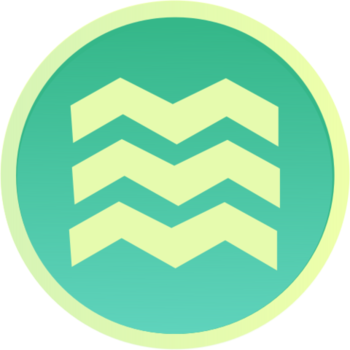 The tenth Universe is also known as the Macho Universe, with the God of Destruction Rumsshi, his Angel attendant Kusu, and the Supreme Kai Gowasu. Additionally, they were the third universe introduced (after Universe 6), being shown in the Future Trunks saga. They form a twin Universe with Universe 3.

They ranked 8th among the universes with the highest mortal level, being ahead of Universes 4, 6, 7, and 9. 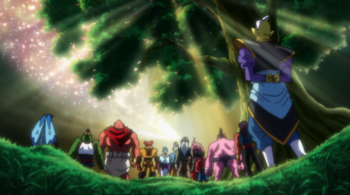 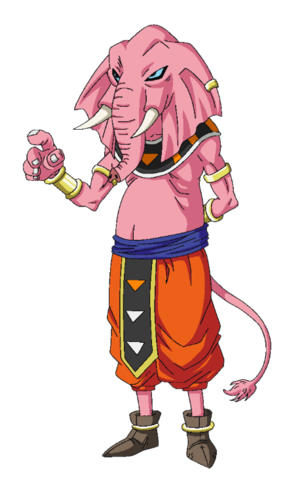 Voiced by (Japanese): Yasuhiko Kawazu
Voiced by (English): Oliver Tull
Voiced by (Latin American Spanish): Blas García
"You need to change your approach. Stop trying to find the fighters with your brain and use your body! Don't rely on tiresome logic! Why don't you use your senses?"

The God of Destruction of the tenth universe. A relatively lazy god that likes to be praised, he doesn't like to destroy planets because he find it too much of a pain.

The angel serving Rumsshi. She always advises both the Supreme Kai and the God of Destruction on the difference between good and evil, however she tends to clash between these two forces which get her blood racing. However, don’t be fooled by her appearance, because she is in fact the oldest of the Grand Priest’s children.

Voiced by (Japanese): Tetsuo Goto
Voiced by (English): Garret Schenck
Voiced by (Latin American Spanish): Carlos Águila
"Zamasu, it is wonderful to have a strong sense of justice. But there are times when keeping your heart pure and guiding the lost will lead to peace. Do not forget that it was for the sake of your heart that you polished your battle power. Gods are not perfect. Even gods learn and grow."

Gowasu is the Supreme Kai of Universe 10 and Zamasu's teacher. He makes it a point to lecture to his student again and again that he must learn to tolerate humanity and guide them down a proper path. He also loves to watch GodTube. 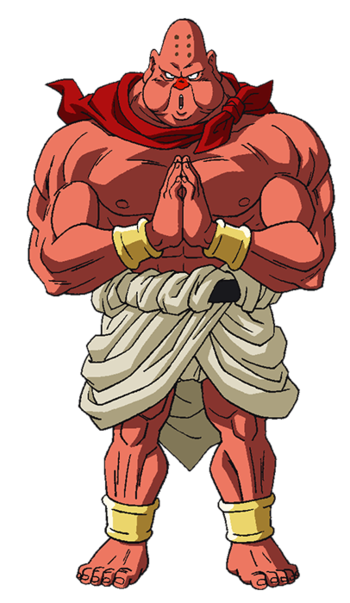 Voiced by (Japanese): Keiji Hirai
Voiced by (English): Reagan Murdock
Voiced by (Latin American Spanish): Sebastián Llapur
"I am Mulithim the Strong! The Multster! And me and my liftin' bros are gonna represent our universe at the Tournament of Power, brother! It's a real pleasure to meet your acquaintance, sir!"

Leader of the Universe 10 team for the Tournament of Power. 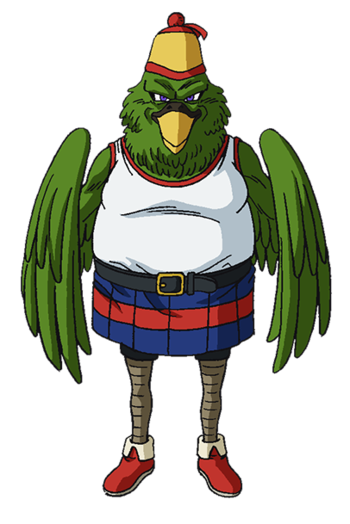 A green bird Humanoid that participates in the Tournament of Power. 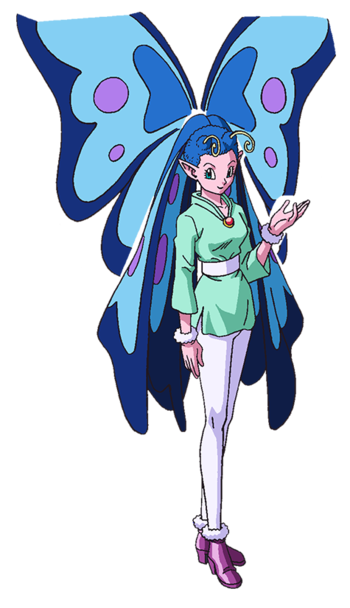 A fairy-like combatant from Universe 10 that participates in the Tournament of Power. 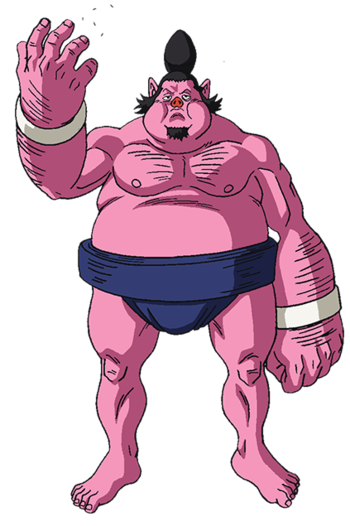 A humanoid warrior with red skin. 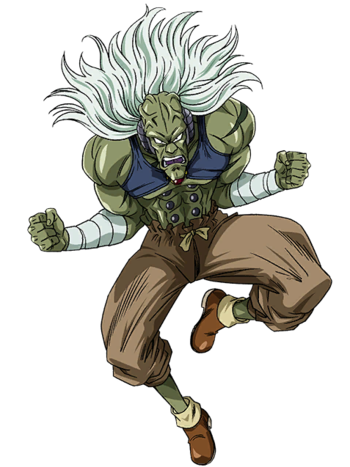 Voiced by (Japanese): Atsuki Tani
Voiced by (English): Randy Pearlman
Voiced by (Latin American Spanish): Raúl Anaya
"Well met, Gohan of Earth. I am pleased we crossed paths. But with all my comrades defeated, the fate of the Tenth [Universe] rests well with me. There are lives I must protect."

A humanoid blue-skinned fighter from Universe 10. Surprisingly, considered a key player in the Tournament of Power, not that he really did much anyways. 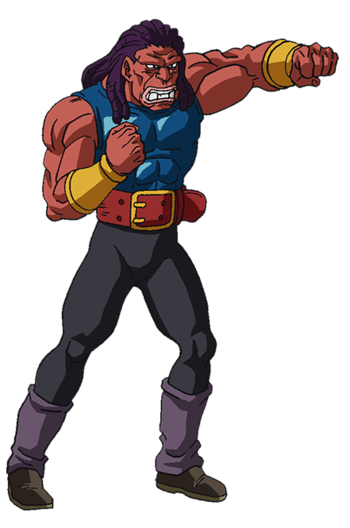 A humanoid red-skinned fighter from Universe 10. 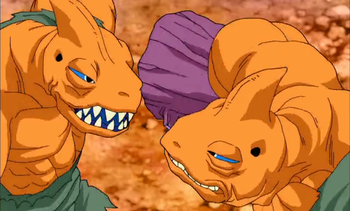 A new race of bipedal dinosaur cavemen from Universe 10 that Gowasu takes Zamasu to observe.