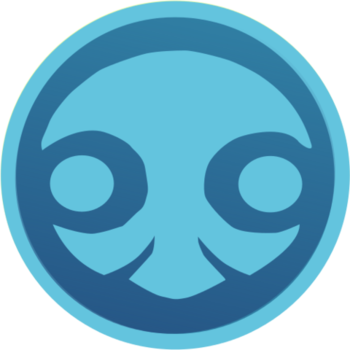 "Our Universe", Universe 7 is the place where all of the Dragon Ball series has taken place. The universe is under the command of the God of Destruction, Beerus, and the former Supreme Kai of the East, Shin, who has taken the job after his fellow Kais were either killed or absorbed by the Eldritch Abomination Majin Buu. Along Universe 6, they form a twin universe.
Advertisement:

The universe hasn't been the nicest place: for many years, the dominant power was a galaxy-spanning empire ruled by Frieza and his father King Cold, who destroyed and subjugated planets for profit. Among his ranks were the ruthless Saiyans who also conquered planets for the Trade Empire until their extermination by the tyrant himself. While there has been an honest to goodness effort to counterattack Frieza's empire by the Galactic Patrol, their efforts haven't done much. It doesn't help that the God of Destruction, whose job it is to deal with rogue mortals, didn't do anything about Frieza and even encouraged his behavior by approving his genocide of the Saiyans.

There are 28 planets with intelligent life in the universe, which includes Earth, Namek, Yardrat, Zuun and Cereal.

In the multiverse ranking, Universe 7 is the second worstnote In the manga, it gets ranked up to the third-worst after 17's benevolent wish at the Tournament of Power. out of all twelve universes, with a mortal life quality of 3.18 points, with Universe 9 being dead last. That being said, they win the Tournament of Power, and have the most eliminations by a mile in the anime (56 of the other universes' 70 chosen warriors, with U6's 12 total in second place; the only eliminations not induced by either U6 or U7 were two self-eliminations (Roselle of U9 to escape Frieza and Caway of U4 to escape Roshi), and one of U9's big three drawing first blood by taking out U10's Rylibeu), while in the manga U6 (mainly thanks to Kale and later Kefla) has the number's honor instead. In other words, they manage to have the second-worst quality of life by godly standards, while being a formidable team who frequently break their limits. 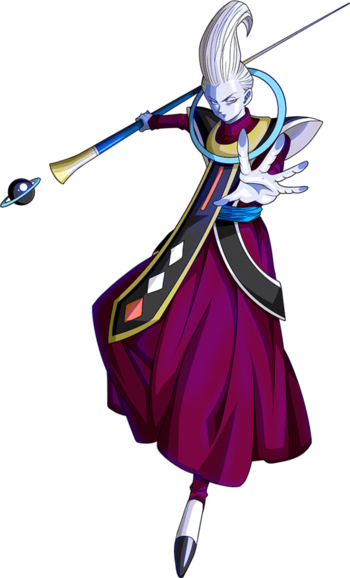 "Goodness, sometimes I feel like the only adult in this universe."

Beerus's servant and teacher, and the Angel Attendant in charge of Universe 7. Loves to eat, and unlike his boss, is a genuine Nice Guy. Became a mentor for both Goku and Vegeta for them to reach even greater heights, all with the condition of allowing him to eat more delicious food. 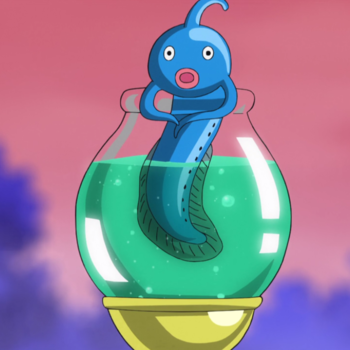 A fish who is an oracle. An inhabitant of Beerus planet. He was the one who gave Beerus indications on where the Super Saiyan God was. 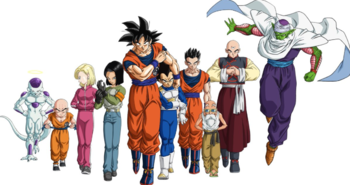 Present in both mediums

Monaka is a deliveryman whom the God of Destruction Beerus uses as motivation for Goku and Vegeta to get stronger. Beerus claims that he is the strongest fighter of Universe 7. During the Champa saga, he was chosen as the last member to fight in the tournament. 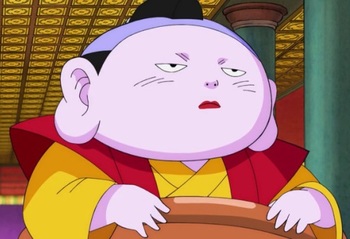 An omniscient being. He knows everything in the universe. 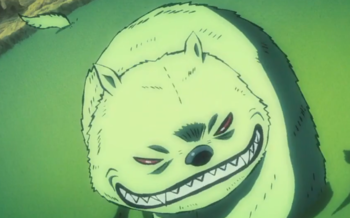 On Planet Vampa, there is a race of giant snake-dog creatures. Although Paragus thought they were all Always Chaotic Evil, in truth some of them are capable of bonding with something not belonging to its kin. One of these creatures was Broly's training partner, and he named him "Bah" after the sounds he made. 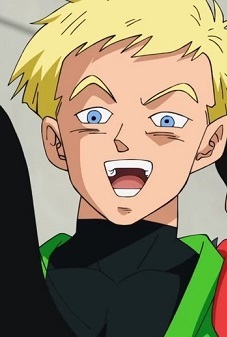 An actor for the "Great Saiyaman vs. Mr. Satan" movie, he is quite the charmer. However, he's not as nice as he seems. 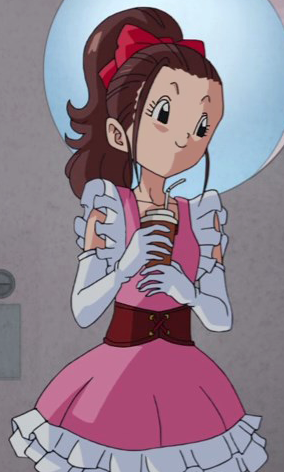 A popular Idol Singer who got cast as the love interest in "Great Saiyaman vs. Mr. Satan".

A girl from Tien's past who was a member of the Crane School along with Tien and Chiaotzu and after Tien left vowed once she grew up to find and defeat him. 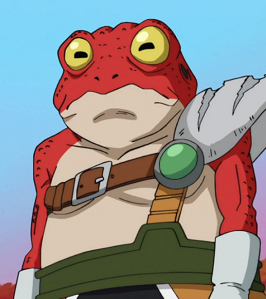 A character who only appears in the anime version, in episode 31. He's a red frog-like alien who is a serial dine and dasher. 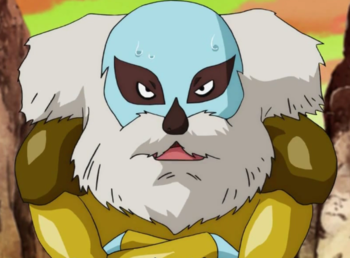 The sole inhabitant of Planet Potaufeu who guards over the Comméson Water. A friend of Monaka's who he orders magazines from. 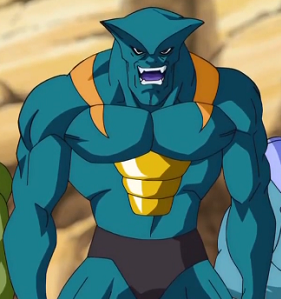 Leader of a galactic crime gang who searches Planet Potafu to obtain the power of the Comméson Water. 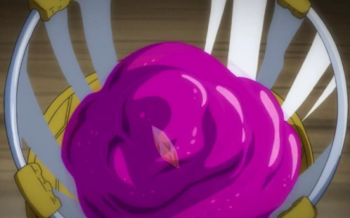 Special water that was made by planet Potafu's natives to defend against invaders. However, it turned evil and absorbed the natives, so it ended up being locked up. Rumors had it that the water would make others powerful, but this is false, and the result of people misidentifying its true power. This water also controls Copy-Gryll and Copy-Vegeta. 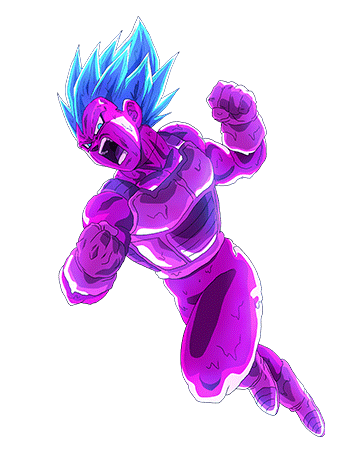 A copy of Vegeta made that was created after the Super Water absorbed him. Along with sharing the appearance of the real Vegeta, he also shares his power, personality, and spirit. 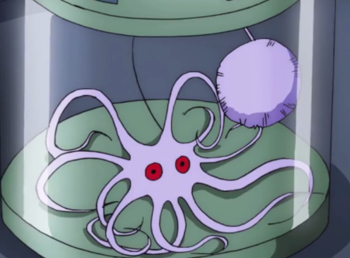 A parasite and criminal that Jaco captured. However, Jaco decided to eat some ramen, getting distracted long enough for him to escape.

A bounty hunter, and the titular main antagonist-turned-protagonist of the Granolah the Survivor Saga. Granolah is the only remaining member of the Cerealians, a race wiped out by the Saiyans long ago. He is introduced stealing OG-73, the infamous android used by Moro, for a bounty offered by the information broker Elec.

He is aided by an AI in his headset called Oatmeel.

Muezli
Granolah's mother who died decades before the events of the Granolah arc.

In General
A family of criminals led by Elec who employ Granolah as a bounty hunter and have their own plans.
Elec (Spoilers) 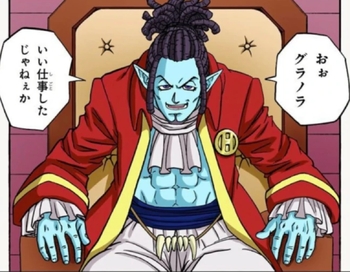 Leader of the Heeters.
Gas (Spoilers) 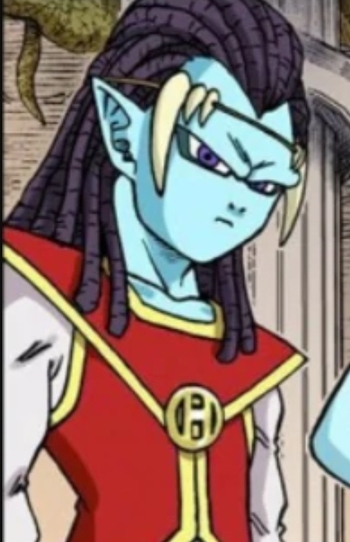 Click here to see him as the universe's strongest 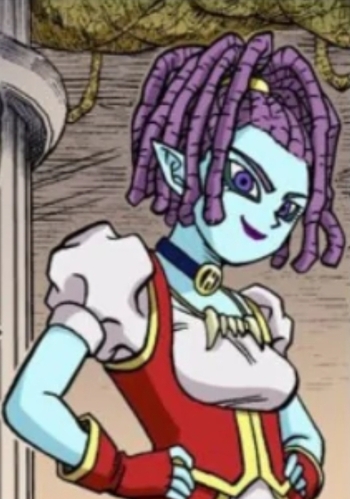 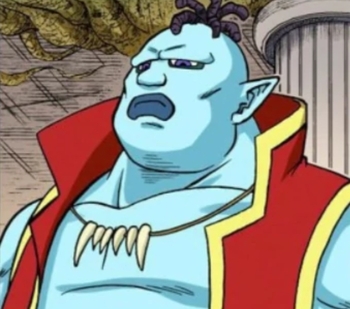