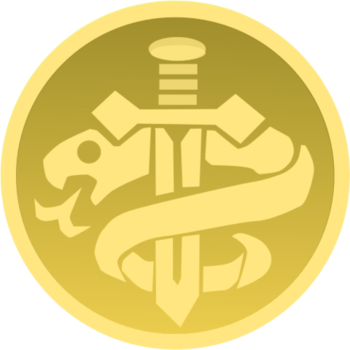 The fourth Universe is known as the Conspiracy Universe. They form a twin Universe with Universe 9, which happens to be the worst of the 12 universes. They are overseen by the God of Destruction Quitella, the Supreme Kai Kuru, and the Angel Cognac.

They ranked 9th among the universes with the highest mortal level, being ahead of Universe 6, 7, and 9. 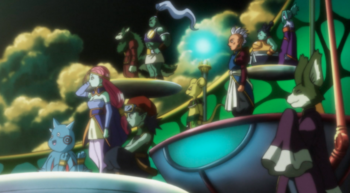 Not Shown: Damon and Gamisalas
Advertisement: 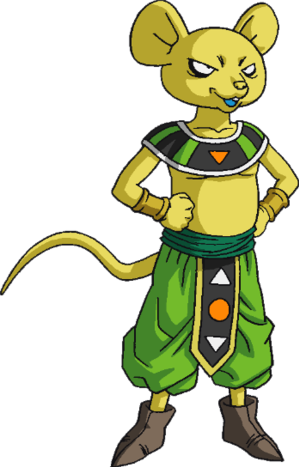 Voiced by (Japanese): Yusuke Numata
Voiced by (English): Meli Grant
Voiced by (Latin American Spanish): Eduardo Garza
"I'm so sorry, Lord Beerus. If one of us must go, it won't be me."

Quitela is the God of Destruction of Universe 4. A vain, sneaky, mouse-like Destroyer God who is antagonistic to Beerus.

He was designed by Akira Toriyama.

The Supreme Kai of Universe 4. Haughty, his pride as a god is extraordinarily high. 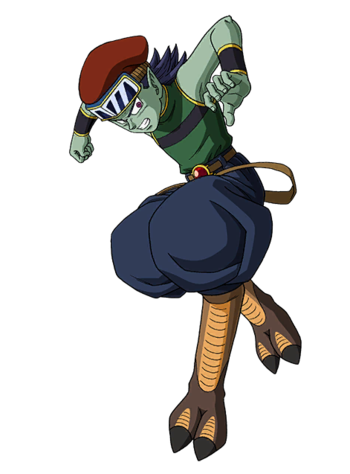 A warrior for Universe 4 that participates in the Tournament of Power. He spies on Universe 7 and overhears Goku's plan to revive Frieza, leading him to tell Quitela about the news. He's also slightly worried that Frieza could be a formidable threat. Can transform into a large muscular avian form that gradually becomes stronger. Considered a key player in the Tournament of Power. 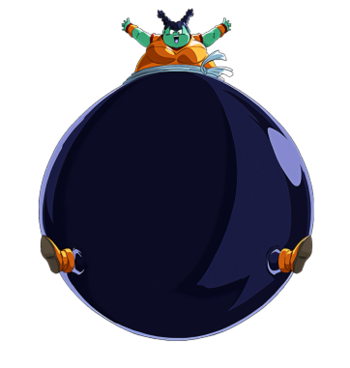 A warrior with the power to grow her body to gigantic proportions from Universe 4. Don't let her cute look fool you- she’s actually a bit of a sadist.

A blind green fox from Universe 4. Not to be confused with a popular Zelda game. 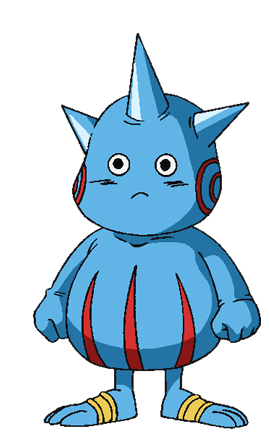 An adorable little fellow who fights for Universe 4. 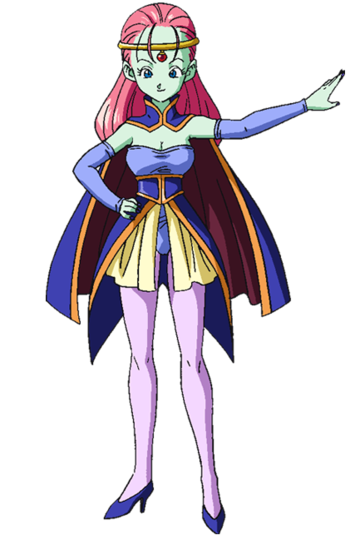 A warrior with the power to create energy weapons from Universe 4. 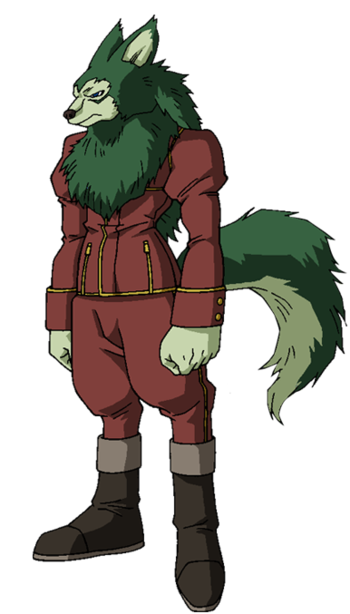 A fighter for the Tournament of Power of an unknown wolf race. 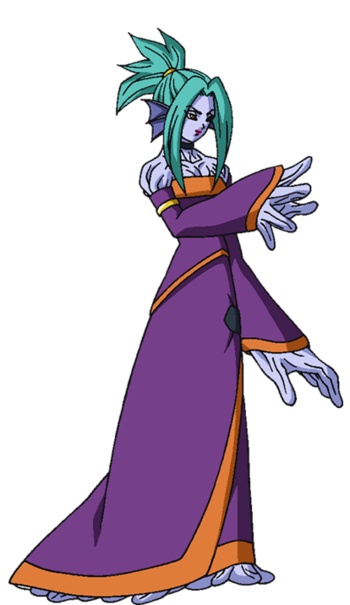 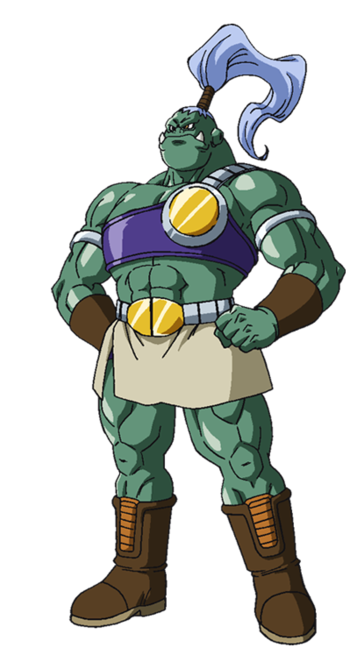 A big fighter from an orc-like species who participates in the Tournament of Power. 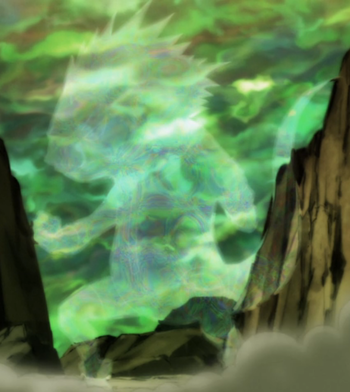 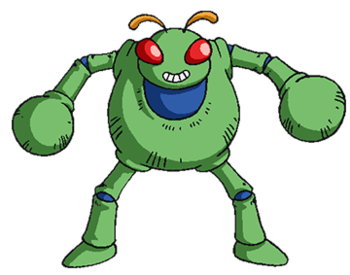 One of the warriors of the Tournament of Power. An empty cicada - the insect warrior.