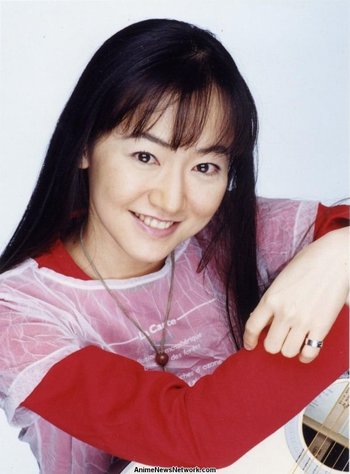 Saitama-born Mariko Kouda (born September 5, 1969) isn't only a seiyuu, but she's also an Idol Singer and a pretty well-known radio host. Her forte are the Genki Girl and mother roles, and she works for Aoni Production.

Alongside Megumi Hayashibara and Hekiru Shiina, she is one of the people who instigated the third seiyuu boom.