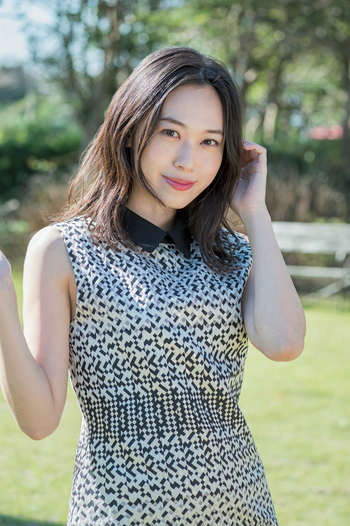 Minako Kotobuki (寿 美菜子) is a young (born September 17, 1991 in Kobe, Japan) seiyuu most known for her role as Tsumugi Kotobuki in K-On!. As such, she's often selected for reserved, formal Ojou-sama roles. Her real-life personality somewhat matches this—when she was little she auditioned for local TV dramas and plays but was occasionally turned down because she seemed "too mature" for the role.

Has a relationship with Aki Toyosaki and Yōko Hikasa, who voices Yui Hirasawa and Mio Akiyama respectively from the same series.

Part of the idol group Sphere with Haruka Tomatsu, Aki Toyosaki and Ayahi Takagaki. Interestingly, all four ladies featured in the Japanese dub for Sucker Punch, with Minako as the lead character Baby Doll.

She's originally from Kobe, and still remembers taking shelter in her family car during the 1995 earthquake. (She was only three then, but such an experience would likely leave a lasting impression.) During radio shows she sometimes shows off her native Kansai Dialect. Saying of radio shows, she has her own radio show called "Minako Kotobuki's Laugh♥Rough".