Film / Back to the Beach 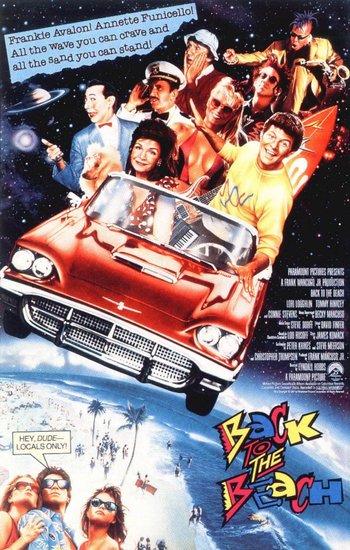 Frankie is now a stressed out car salesman from Ohio, Annette is a housewife, and their son Bobby is a punk. They go on a vacation, but never make it past their layover in Los Angeles, where they find out their grown daughter, Sandi, is shacking up with a surfer named Michael. Frankie runs into his old flame Connie, which leads to a tiff between him and Annette. Hilarity, musical numbers, and many celebrity cameos ensue.

Back to the Beach contains examples of: