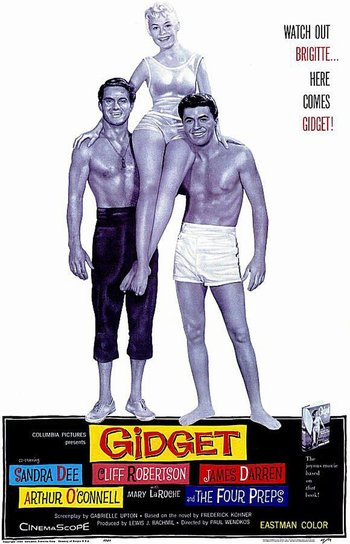 Dee plays a 17-year-old girl named Frances Lawrence who is initiated into a California surf community during her summer break. "Gidget" is the name given to her by the surfers, a portmanteau of "girl" and "midget." In her pursuit of handsome young Moondoggie (Darren) she has many adventures.

Followed by two theatrical sequels, three made-for-TV movies, and two television sitcoms, each one starring a different actress in the title role.