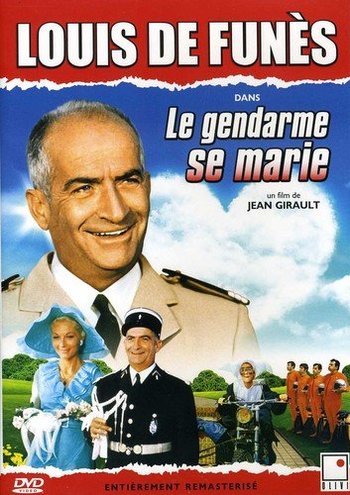 A match made in heaven

Le Gendarme se marie (The Gendarme Gets Married) is a 1968 French comedy film starring Louis de Funès and Michel Galabru, and the third installment of the Gendarme de Saint-Tropez series.

Cruchot (Louis de Funès) meets Josépha (Claude Gensac), a widow and they quickly fall in love. But Cruchot's daughter (Geneviève Grad) doesn't like Josépha and is determined to prevent the wedding by all means necessary.