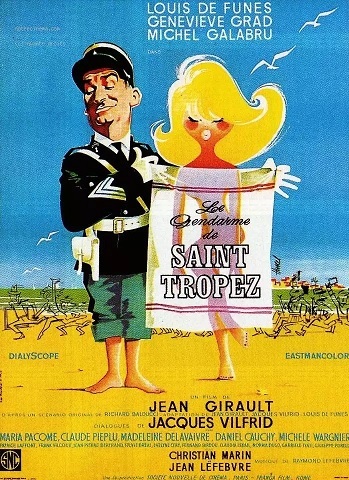 Ludovic Cruchot (De Funès), a meddlesome sergeant from a gendarmerie brigade (a French police force), has been re-assigned to the Mediterranean seaside commune and fashionable resort of Saint-Tropez on the French Riviera, under the orders of Chief Adjudant Gerber (Michel Galabru). He is tasked to hunt down and arrest nudists. Meanwhile, a Rembrandt painting has been stolen.

The film was very successful (to the point of becoming perhaps the most iconic role of De Funès) and spawned five sequels over two decades:

The Gendarme series provides examples of: